Hi guys! I know it’s been a couple of days since my last post, but I’m finding that I just don’t have as much free time as I did last year. However, this is still my third post of the month, so hopefully I’m not doing too bad. 😉

On another note, my week has been surprisingly good so far! I’ve had very little homework to do outside of school, and yesterday I found out that I should be getting my braces off in April. That’s roughly 3 months ahead of schedule, so I’m really happy about that. 😀

Today’s post was inspired by Hailey’s recent video. I haven’t actually watched it, but I saw it in my subscription feed on YouTube and it gave me an idea that I decided to run with. That being said, any similar books between our two lists are only coincidence.

So let’s dive in! 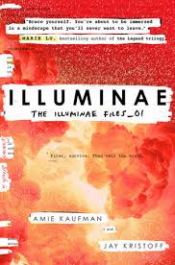 What makes it unique: the formatting of the physical edition, AIDAN

As many of you are surely aware, Illuminae isn’t set up like a typical book. It’s told through IMs, surveillance footage, and more, and features a … morally ambiguous AI that you can’t help but love.  It also has a really interesting story, and is honestly just one of the best space stories I’ve ever read.

I’m sure you’re all very surprised to see this one on the list. I haven’t mentioned Unicorn Tracks in a post in forever. XD In all seriousness, though, this is one of the most unique books I’ve ever read. It’s less than 200 pages, so it’s a quick read, and it’s also extremely entertaining. I wouldn’t mind if more authors decided to include unicorns in their stories, because, you know, UNICORNS ARE GREAT.

Maybe it’s because I never bothered to look, but I don’t think I’ve heard of any Romeo & Juliet retellings other than this one. I mean, I might just not know because when I read the play in school last year, I despised it and wanted nothing to do with it. The summarized version is that I’m reading Bright Smoke, Cold Fire because I loved another book by the same author. It takes place in an intriguing magic system and involves very bad things regarding dead people. 🙂 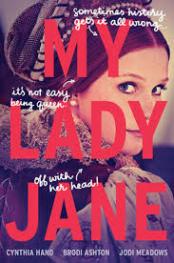 What makes it unique: alternate history story, a talking horse

I could be mistaken on this one, because I haven’t personally read it. But I know it retells the story of Lady Jane Grey, and from what I’ve seen everyone loves the talking horse. That aside, prior to this I hadn’t really heard of alternate history stories. For some reason I never thought about them, even though I love fairy-tale retellings and the two are somewhat similar. 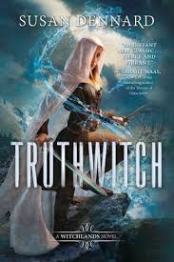 What makes it unique: the story is based on friendship

Anyone that reads YA has probably noticed that 98% of books in this group have romance of some sort, whether it’s immediate or developing. Beyond that, those romances normally play a fairly big part in the story. And while there is hints of a romance to come in future novels, the story of Truthwitch is built on the bond between two young witches, Safi and Iseult.

What makes it unique: the spin on sci-fi/dystopian stories

I read this back in either late 2014 or early 2015, so I don’t remember much beyond the basic premise. There were experiments meant to create perfect humans, but it went wrong, so now girls only live to be 20 years old and guys only to 25. Because of this, girls are married at around 16 so they can keep the population up. Personally, I haven’t found any other books like this. Granted, it’s not the most thought-out story (if I remember correctly) and it’s probably more for entertainment than anything else, but I’m pretty sure I enjoyed it.

What makes it unique: the vintage black and white pictures throughout the book

Everyone knows about this trilogy, so I’m sure no one is surprised it made the list. The story is definitely different from a lot of other YA books, but what sets this one apart is the pictures. Scattered in each of the three books are unusual, real pictures Ransom got permission to use. Most of them increase the creepiness of the story, and I enjoyed seeing them as I read. Also, in the acknowledgements of each book, it says that none of the pictures are edited in any way, so it makes you wonder. 😉 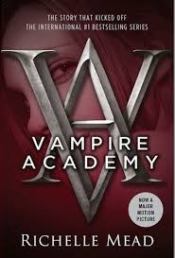 What makes it unique: the spin put on vampires

You’re probably wondering why this is included, because vampire stories are definitely nothing new. In my opinion, there are a few too many. But what made this one different, in my eyes, was the spin Richelle put on vampires. It’s not as simple as other stories make it. There are different types of vampires: the Moroi – good and mortal, the dhampirs – human-vampire mix and protectors of Moroi, and the Strigoi – immortal and immoral. I really enjoyed that, and a ton of other little twists in this series. It’s definitely worth checking out. 😉

Have you read any of these books? Are any on your TBR? What are some YA books you think are unique? I’d love to know! Tell me in the comments! 🙂

I’m off to eat some Oreo fluff and continue reading Bright Smoke, Cold Fire. 😀 I hope you all have a fabulous day/night! ❤