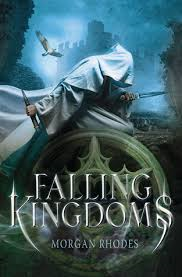 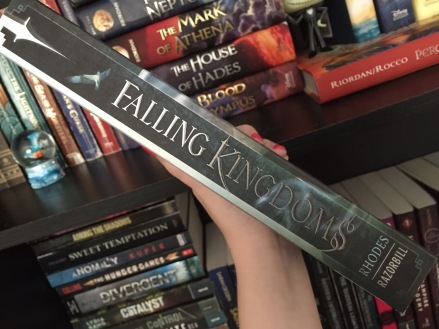 Falling Kingdoms deserves every bit of hype it gets and more. If the fact that I read it in a day isn’t proof of that, I’m not sure what is. 😀

The story might not seem like the most original, and it probably isn’t. But it’s also one of those stories that’s just so freaking good you don’t care. At least, I didn’t care. It follows three separate protagonists – a princess, a prince, and a rebel – all with very different lives, personalities, and perspectives. Each of them and others narrated different chapters in third person, and I was never confused. I could keep them all straight, and their plot-lines as well. I loved trying to piece things together about how the three stories might intercept: enough for me to read nearly the entire book in a day. 😉

My favorite character was definitely Cleo. She was the princess of Auranos, and an amazing, stubborn, sassy girl. I loved her so much, and her chapters were my favorite to read. I loved her ambition, and her dedication to her family, and just everything about her. I think I can honestly say that she’s my favorite princess that isn’t from a Disney story. 🙂
Jonas was a good, strong male lead, but I didn’t like him. I felt bad for what he experience early on in the story, but didn’t agree with his logic or desires. He was the main character that wasn’t royal, and actually despised them all with a passion due to a single one’s actions. To say he had a temper would be an understatement, and although he showed slight signs of potentially improving in the end, I’m not sure about him. I’ll give him a chance in the sequel though. 😉
I really wasn’t sure what to think of Magnus. I know his name kept making me think of my favorite glitter-loving warlock, but the two couldn’t be more different. This Magnus was the Prince of Limeros and had zero magic. He also had secret romantic feelings that I can say for sure separated him from any other male leads I’ve read about so far. And while I can say I loved Cleo and disliked Jonas, I don’t know where I stand with Magnus. I’ll have to read the sequel to find out for sure. 😉

I loved the world of Mytica. All three kingdoms and their cultures and beliefs were so intricate and differing. I could imagine the luxury and lush forests of Auranos, the threadbare villages of Paelsia, and the harsh, ever-colder land of Limeros. They were all described vividly, and I could tell that much thought was put into their creation. For me, Mytica was the kind of world that you get so immersed in and knowledgeable about but still want to learn more, experience more. It was just fabulous. ❤

My favorite thing in this book, though, had to be all the family relationships. Cleo was close to her older sister and her father. Jonas had a small family, and the fate of one motivated him for the entirety of the book. Magnus wasn’t close to either of his parents, but loved and protected his younger sister throughout everything. It was wonderful to read a captivating high fantasy like this one, and find that it’s full of families. I loved that. ❤
There really wasn’t any romance in this book, and once again, it was refreshing. There was some infatuation and a couple of royal engagements, but nothing solid developed. Of course, I still found people to ship, and romance will probably factor in somewhere in the next five books, but that’s not the point. XD

I know I’ve said this a lot recently, but this book was a rollercoaster. I was hooked from the very beginning, by the prologue, and stayed that way until the very end. Even with my emotional attachment varying between characters, I needed to know what happened to everyone. The last 120 pages or so were especially crazy, and seriously messed with my heart. I can’t say much more than that, but if you’ve read it, you’ll know. 😉

So all in all, Falling Kingdoms has proved to be worthy of a spot on my favorites shelf, and I’ll definitely be continuing with this glorious high fantasy series. 😀

I’m off to *finally!* read Since You’ve Been Gone by Morgan Matson, and play a bit of Splatoon. 😀 I hope you’re all having a fabulous day/night! ❤

(Sorry about the odd format.) 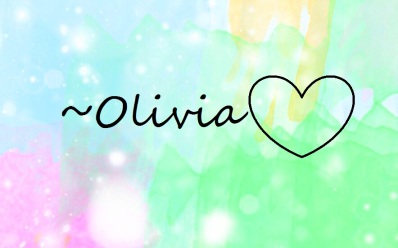