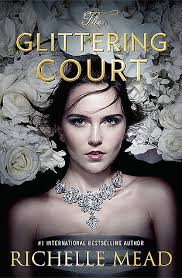 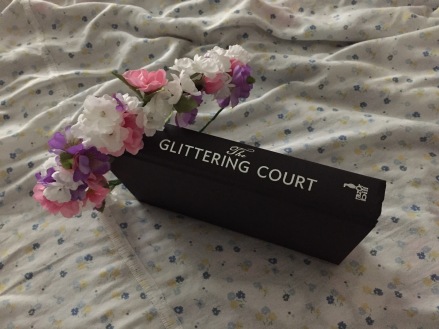 The Glittering Court was my introduction to Richelle’s books, and I was excited to read it; I was also nervous, because this book has received very mixed reviews. But I’m happy to say that I thoroughly enjoyed it. 😀

The story follows Elizabeth, a countess, as she runs away from an arranged marriage and takes her maid’s name, Adelaide, to join the Glittering Court. There she and many other girls are trained to become proper, well-educated wives, and then taken to another, newer country to be married off. At first, I had my doubts that it would be a standard runaway royalty story, but it was unique and fun to read about. One of my favorite parts was the whirlwind of fabulous parties and breathtaking ball gowns, and there was plenty of both throughout the story. 😀 (I’m a diva, what can I say? *shrugs*)

One thing I didn’t like, though, was that eight months of the year the Glittering Court girls were training was skipped over, and the end left me with questions. I understand that not all of it could be included without making the story drag, but I think experiencing a bit more of that would’ve been a great chance for character development and an opportunity for readers to connect with Adelaide and/or the others more. As for the ending, it wasn’t a cliffhanger, I just feel like not all loose ends were tied up. What happened after the execution showdown? What is Tamsin hiding, and why did she need that letter? What is Mira up to? I wanted to know, but I didn’t get to. 😐

Adelaide (I’ll call her that to avoid confusion) was an interesting main character. I could understand her doubts and dislikes regarding the arranged marriage, and I admired the courage she showed when running away. I liked that she was able to hide her abilities learned as a young royal, and struggled to learn common things like cooking and sewing. It would’ve seemed unrealistic if someone with royal blood had known how to do that when she’d grown up with servants to do it for her, and I liked that it wasn’t overlooked. I loved her sass and emotion when dealing with other girls and suitors. 😀 My only issue was that I didn’t learn her real name until over ¾ through the book. I might have just missed it in the story, but she was always addressed with her title or as Adelaide. I didn’t realize her real name was Elizabeth for a while, and I was confused until I discovered this bit of information.

I loved Adelaide’s two close friends, Mira and Tamsin. Mira was a quiet, fierce foreign girl and Tamsin was studious with a flair for the dramatic, but they both had kind hearts and were very accepting. The latter did irritate me for the duration of the middle chunk of the story, but in the end I was back to loving her the way I did when she was introduced. 😀

I also liked Cedric, the love interest. He was the son of the founder of the Glittering Court and helped run it. He came off as very charming, but also slightly awkward. What I really liked was the secret revealed about him about ¼ through. It set him apart from all the other charming, awkward male leads in books; there’s a lot of them, and distinguishing features or personality traits are nice to come across. I especially liked Cedric’s special trait, because it put him in danger (not like a bad boy though) and added another, more minor story to tie in to the overall plot-line. 🙂

The beginning of the story takes place in Osfrid, a country in a fantasy world that I imagined was similar to Victorian England. It was an old, extravagant country described as having a sort of ancient beauty, but also fairly typical: lots of castles and churches and not a lot of color. But most of it takes place in Adoria, a developing country full of colonies that I pictured as similar to the colonial United States. It was much newer, shabbier and more wild, but full of colors and liveliness Osfrid lacked. I enjoyed learning about the world as Adelaide did, since she only learned so much as a countess of a portion of Osfrid. 😀

My only complaint is that there’s no map in this book to use as a reference, and I think all fantasy books or those that take place in a non-modern world should have a map. 😉

I really liked the close-knit friendship Adelaide, Mira, and Tamsin formed. They were each other’s only allies in the Glittering Court, and I liked how they stuck together and stuck up for one another. Of course, they did talk about boys/men given their situation, but there were other topics of conversation and that wasn’t all they focused on, which is always nice to come across. At some point between the ¼ and ½ way marks, Adelaide and Tamsin had a fight that caused Tamsin to distance herself from the other two, and I was nervous it would be left that way. In the end, though, Tamsin acknowledged the wrongdoing on her part, apologized, and they became nearly the same close trio they had started off as. I love seeing broken friendships come back together like they did in this book. 😀

I also liked the slow, steady development of a romance between Adelaide and Cedric. At first they had to hide their feelings for one another, because she was a participant and he was a host, but soon they started seeing each other in secret. Soon enough there was a forbidden romance going on, and it wasn’t written in a cheesy or illogical way, so I enjoyed it. However, I think the second half of the story focused a bit too much on their relationship, and that the real plot sort of went to the back burner, per se, so their romance could go further. I did like it, but I was disappointed that there wasn’t a better balance between the two. ^.^

Also, there was a lesbian character in this book. She was sort of major in the last few chapters, but was overall a minor character. Regardless, the mention of that did make me happy. 🙂

This book was full of surprises. There were a few things that happened that kept me intrigued and suspicious enough to keep wanting more, and I really liked that. This especially applies to the last handful of chapters, and I think my leftover intrigue from the ending would’ve been enough to make me read the sequel, even if I disliked the book.

The Glittering Court was a fun book with a lot of elements that I enjoyed reading about. I wasn’t a fan of how the romance became dominant, the initial time jump, or the questions I was left with, but I still look forward to reading more of Adelaide’s adventures in the sequel. Until it comes out, though, I’ll entertain myself with Richelle’s better known and better loved series, Vampire Academy. 😀

I’m off to start Vampire Academy, also by Richelle Mead. 😛 I hope you’re all having a wondrous day! ❤

** Summer has given me tons of free time, so I’m reading books really quickly. I hope you don’t mind all of the reviews! 🙂 *offers ice cream* 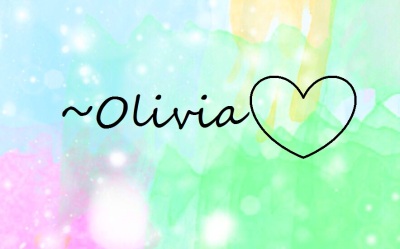 5 thoughts on “The Glittering Court – Review”